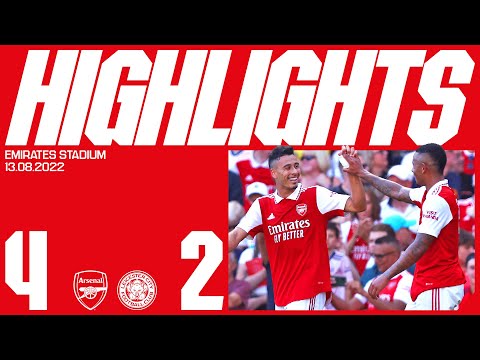 The game may have been played amidst a heatwave, but it was Gabriel Jesus who was on fire as he netted twice on his home debut to help beat Leicester City in a topsy-turvy encounter.

The Brazilian striker opened his account for us with two goals in the opening 45; the first a sumptuous piece of play that saw him chip the ball into the top corner from inside the area, before he nodded in from close range 13 minutes later to put us in control.

With 10 minutes remaining Jesus looked destined to complete his treble when Saka forced Ward to save with his feet, but the rebound proved too tricky for the hitman to keep on target, and despite Thomas Partey and Eddie Nketiah going close late on, enough had been done to secure six points from six.